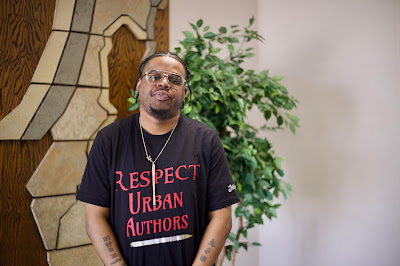 Nametag Alexander: These two questions are random, but I like using them as icebreakers. If you had the opportunity to build, and run a
record label with millions in the budget, who would be the first five artists you would sign? What three producers
would you have on board, and why for each of your picks?

S.L Jackson: I could not tell you who I would sign, I can tell you the type of artist I would sign. I would sign three kid groups, that act like kids. I have a daughter and a host of nieces and nephews and its no real music for kids anymore. So I’d sign a kid rap group, rock group, and r&b group, I wouldn’t sign any producers, I’d commission producers for whatever projects we are working on meaning, I’d go get the DREAM to work on the r&b album for example. I would also use some of the budget to educate the kids and their parents on how the music industry works to ensure the kids/artist get paid for the rest of their lives off this part of their lives.

Nametag: What is the number one classic Rap album to you?

S.L Jackson: I have so many classic albums in my head, but I would have to say it’s a tie for me between, Esham 1996’s “Dead Flowerz” and Brotha Lynch’s 1997 “Loaded” album.  Listening to both of those albums and to see the direction music moved in after that, both albums gave me that classic feel. But music is subjective, so one man’s classic is another man’s, “I’ve never heard this before.”

Nametag: Let us speak a bit about your debut novel “Animal Instincts: The Urban Jungle.” First off, I will never look at
rabbits the same, or foxes (lol). However, provide a quick breakdown of what this novel is about for future readers. 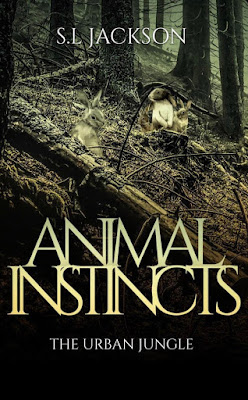 S.L Jackson: “Animal Instincts: The Urban Jungle”, is really a story about family, life, loyalty, honor, and respect. It is set in the jungle’s underworld where the Jackson family of rabbits are in control. Power struggle ensues and wars are started and ended. My goal was to give you a prospective of being in the animal’s world. After you read the book, I wanted you to never be able to see an animal and think, “I wonder what they have going on.” People will understand more once they read it. It is a short read less than 100 pages, but enormously powerful impactful content.

Nametag: On “The Connected Experience” podcast, you said the idea for Animal Instincts, was from a short story you wrote back in grade school.
As an adult, when did it click for you to revisit, and refine the story to what it became today?

S.L Jackson: To be honest Nametag, this story has been in my head since my fourth-grade creative writing assignment. It never left. It was just timing; I did not know enough about life to write it earlier. Some of the situations in the book I had to go through to be able to write them. Its an urban fantasy novella, but I had to tap into certain emotions to bring the story to life. Overall though, “Animal Instincts: The Urban Jungle” is a dedication to my lost loved ones, A lot of those characters are named after people I have lost and loved. Roles some of the character’s play are roles I seen people play at different points of life. For example, Groovy Fox is based partly on one of my favorite Auntie’s, Myra. She died before I could get her a copy of the book. But my Aunt Myra, was so smooth, so gangster, so calm, and beautiful, So I based Groovy off her, this was before my aunt passed.

Nametag: What drove the decision to originally release this as an e-book? Will there be physical copies at some point?

S.L Jackson: I decided to do an e book first because I wanted to test the market. I did a survey in a way with people I know and just asked between e books/paperbacks. I had to see how book promotion and marketing works, print cost etc., Books are not like albums, the paperback audience and e book audience are not the same. The paperback is for sale now on my website, just released it.

Nametag: About how long did it take to complete the writing for Animal Instincts?

S.L Jackson: When I really sat down and wrote it, maybe 4 weeks or so. I told everyone I talked to for months that I would write a book and it would become an award winning, best selling novel. And I did that because as of May 8th, 2020, “Animal Instincts: The Urban Jungle won the GOLD MEDAL award for “best short story fiction” at the 2020 eLIT Book awards. These are well established awards and in 2020 the best fiction shorty story they read came from Inkster Michigan’s own, S.L Jackson, now the next step is making it a best seller.

Nametag: Very dope, and congrats! Will there be a sequel to the novel?

S.L Jackson: Yes, “Animal Instincts 2: A tale of 2 Jungles” is in the works. I am in no rush; this is my content so I will be taking my time. We are also working with HB Comicz to develop, “Animal Instincts: The Urban Jungle” into an animated series. It is an unexplainable feeling to see everything you manifested come to life, I am a walking inspiration, a highly educated urban fantasy author from the ghetto.

S.L Jackson: Writing both lyrics and novels come easy because they require different moods. When I was writing music, it came about by whatever I was feeling now, however writing novels requires pre-planning, outlines etc. those things come easy because I am often in some form of deep thought.

Nametag: You have done music. You and your brother built The College of Hip Hop platform, share success with The
Connected Experience podcast, and you are now an Author. What other ventures are you looking to tap into that
you have not already?

S.L Jackson: To be honest Nametag, I want to get into farming and plumbing. When I was a kid my grandfather Ronald Legion showed me how to grow my own food, and maintain a nice size garden, and I seen my mom teach my daughter and nieces how to grow their own food, so I want to get back to that. Plumbing is because I needed a plumber one day and the rate that I was charged opposed to how fast he did the work made me want to acquire plumbing skills.

Nametag: Now that's a move to make. Where can we find you online, and where can we purchase Animal Instincts:
The Urban Jungle?

S.L Jackson: You can find everything about me at my newly launched website. www.1sljackson.com You can order, e books, paperbacks, and the new merch I have. I have a partnership with Juboop Clothing Company for my merch line, RESPCT URBAN AUTHORS. (#respecturbanauthors) I created that hashtag and turned it into a merch line. And all of that can be ordered by visiting my official website.

Thank you for having me, always remember “I want for my brother, what I want for myself.” /G\

Posted by LABL at 10:13:00 PM
Email ThisBlogThis!Share to TwitterShare to FacebookShare to Pinterest