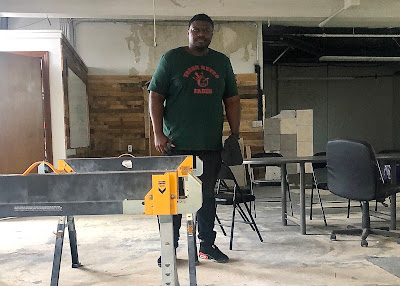 "Sneaker Talk", Hip Hop, a hiatus from podcasting followed by a return to podcasting, was discussed with Flint, MI native Marcus Sumrall.

NT: Alright, let’s tackle some icebreaker questions. If you had the opportunity to build, and run a record label with millions in the budget, who’d be the first five artists you’d sign? What three producers would you have on board, and why for each of your picks?


MS: I would have a indie rap label vibe, lol to make this more interesting i would build a compilation album for this project. Artists I would pick: Jay Z, BIG, Lauryn Hill, D'Angelo, and Kanye West. On production: Just Blaze, Pharrell, and Questlove, I always wished I could hear BIG on a blaze beat and I love just blaze production. Him and Jay Z with Lauryn on the track singing something crazy on hooks. Then she can hop on a track with bars too led by Pharrell and my Neo Soul bops with Quest my project would be a classic lol.
NT: You’d agree that you’re a sneaker connoisseur right? What’s the dopest pair of go-to sneakers you own?

MS: I’m just a guy that likes sneakers, lol no need for labeling 'Tag but my go to dope sneaker is black Infrared 6s it was a really well put together retro and timeless.

NT: What’s the best pair of Air Jordans (colorway) to ever be released to you?

MS: Best Air Jordan is possibly the 11 black and red. My personal favorite 11 is the cool gray.


NT: Let’s bring it back to the #FRMSCRTCH 5. What are your top five sneaker releases, and colorways?

NT: Keeping it on top fives...what do you consider your top five classic rap albums, old and most current?


NT: I might have to just steal your #FRMSCRTCH 5 altogether...Top five shooting guards ever of the NBA?

NT: Was “The Question” by Reebok the only good Allen Iverson shoe? That seems to be the one the always re release and I’m positive he had more releases.


MS: The Answer was cold I had a pair and still want the White/Red/Gold pair I’m prolly gonna grab them from Goat


NT: I never fully comprehended the buy and resell side of the sneaker game. I wouldn’t know where to begin, lol. I’d buy the dope kicks and want to keep them. Would you recommend it as a hustle for anyone looking to profit?

MS: If you have a insider it’s profitable, if you are chancing your luck on winning raffles and flipping it’s not the move. You need to have a very solid relationship with several people that work in places and stores because you have to take care of them and not just when you want a hyped up release.


NT: You had been on podcast hiatus for a while, but you’ve returned with #SneakerTalk. What was the reason behind the break, and what prompted you to return with a niche podcast?

MS: The break happened because life happened with my co host so we came to a stop.  The way we were podding it was a lot of work because we were guest driven and I had to line up a lot of schedules with my own, the studio, the guest and my homie so it was too much. I never stopped loving the podcast so I wanted to step out on my own and do something I care about and that’s where the Sneaker Talk came from and the quarantine made me stopped procrastinating. I needed something to take my mind off of all that we were dealing with in the world so if I can take an hour a week and kick it will cool people why not do it now.  I picked the niche because I have the newsletter and I felt like it was all on brand because I love sneakers, music and talking lol and I think I better than everyone else in the sneaker podcast space.

NT: Where can people check out #SneakerTalk? Where can you be found on social media? Oh...tell them about the newsletter too.

MS: #SneakerTalk is everywhere except Apple Podcast because they hating lol

And the newsletter is just to update people on the releases of the week and most importantly sneaker steals nothing is better than getting a shoe you like below retail I get a rush lol and I add a quote for motivational purposes. I’m going to bring it back to because initially I thought it was a bad idea to promote people spending money not knowing where the next check was coming from but I’m going to restart that in the next month...and follow me at @MarcusSumrall on the Twitter and Instagram.

Posted by LABL at 12:31:00 AM
Email ThisBlogThis!Share to TwitterShare to FacebookShare to Pinterest 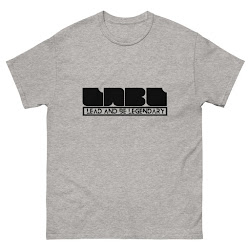 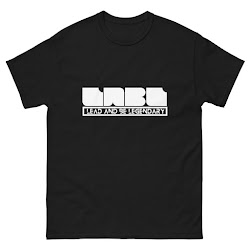